On miserably cold, snowy days, I make soup. We have a lot of days like this in Central New York, so I make a lot of soup! This is my classic potato soup recipe. We like to add bacon bits or ham. You can also add onions, mushrooms, carrots, celery or even broccoli if you’d like. It’s a classic hot and creamy soup to warm you up on a cold day.

Melt butter in a large pot over medium heat. Add flour and stir with butter until well mixed. Dissolve bouillon cubes in about 1/2 cup of hot water and add to flour and butter mixture and stir. Add the half & half and milk into the pot and mix well. Add potatoes. Sprinkle salt, pepper, garlic powder and onion salt. Stir well. Cook over medium heat until bubbly. Add bacon bits to soup.

Turn to low heat for about an hour. Stir frequently. You may want to mash up some of the potatoes as they soften to help thicken the soup. Ladle into soup bowls, sprinkle with shredded cheddar cheese, serve with fresh rolls and enjoy!

Turn to low heat for about an hour. Stir frequently. You may want to mash some of the potatoes in the pot to help thicken the soup. Ladle into soup bowls, sprinkle with shredded cheddar cheese, serve with fresh crescent rolls and enjoy!

Is there anything better on a cold winter’s night than soup? Well, maybe a trip south where it’s warm would be better, but that’s unfortunately not in the cards for me. So I make soup. One of my all-time favorites is homemade cream of broccoli. I created this recipe by using my creamy potato soup recipe, and just substituting the potatoes for broccoli. It’s the creamy base that makes this soup. (I haven’t posted my potato soup recipe yet, but I will soon!)

Instructions:
Melt the butter in a fairly large pot. Add the flour. Using a wire whisk, mix together well. Add the bouillon cube/water mixture slowly and whisk together. Slowly add the half and half. I like to make sure there are no lumps and that it’s very creamy, so I whisk constantly. Heat just to boiling. Then slowly add the milk. Mix well, add the broccoli, mushrooms and onions (or whatever else you’d like to add!) Heat until just boiling, then turn heat to low, so it is just simmering. Stir often with a wooden spoon until the broccoli is soft, but not too soft, about 15-20 minutes. Serve immediately, with rolls or crackers. Top with shredded cheese if you’d like. Enjoy!

This recipe is perfect for a busy weeknight. I think it took a total of 20 minutes to prepare this meal. I cooked the chicken while the pasta boiled, combined everything into the skillet with the chicken, let it heat through for a few minutes and boom! Dinner was done.

Instructions:
Cook chicken in large skillet with 2 tbsp olive oil on medium heat 5 min. Add onions and mushrooms; cook for 5 min. or until chicken is done. Drain any excess olive oil. Add sauce, stir well. Then add the pasta. Cook for a few minutes until heated through. Stir occasionally. Stir in the mozzarella cheese. Cover and let stand for 2 minutes or until cheese is melted. Serve warm, top with a little more shredded mozzarella and some green onions for color.

Feel free to add any other fresh vegetables or other combinations to make it your own. I would have added green peppers if it were just me, but sadly, I have a green vegetable hater in the house.

* This recipe was inspired by Kraft Foods.

Chili is a mainstay in our house, whether it’s a special occasion or just a cold winter night. Today is the Super Bowl, Chili is a perfect dinner for such an event. It cooks all day in the crock pot and it’s ready when you are. It goes great with tortilla chips and wings and everything else that goes along with celebrating the Big Game.

My chili is of course, very simple, with very few ingredients. My husband is a picky eater and hater of most vegetables, so I have created an excellent chili compromise. If I were to make this for myself or for others who enjoyed vegetables, I would add green peppers, onions and lots of tomatoes. However, this version has none of that. But it’s still quite delicious!

Instructions:
Spray the inside of the crock pot with cooking spray. Pre-cook the ground beef. While the meat is cooking, open the cans of beans and tomato sauce. Drain the kidney beans and black beans, pour into the crock pot. Do not drain the chili beans. Use that liquid in the chili, so just pour the whole can of chili goodness into the crock pot. Add the tomato sauce and chili powder. Sprinkle with hot sauce, if desired. Stir well. When the beef is done, add that to the mixture. Stir until well mixed. Cook on medium heat for 4-6 hours.

I was searching for recipes to make for the Super Bowl and came across this amazing twist on Buffalo Wings. It’s a little healthier than the typical ‘chicken wing’ and it’s got that same crispy, wonderful flavor.

These lettuce wraps are fantastic for either lunch or dinner. Feel free to experiment with toppings. I saw one recipe that included avocados and another that added celery. So try some other options as well as the ones above and enjoy these fabulous lettuce wraps. I will be adding this to my regular rotation of meals, they were that good!

I love a dinner you can cook in one pot. Less clean up is a very good thing! This recipe was inspired by Martha Stewart and my need to use up the mushrooms, broccoli and chicken I had in the fridge. I never thought of cooking a meal like this, and it might very well be life changing for me!

The idea of this recipe is to throw everything into the same pot and cook it all at once. I had to use up some chicken that was already cooked, otherwise, I would have thrown in the raw chicken as well. But since it was pre-cooked, I didn’t want to dry it out. So I added it at the end, just to heat it up.

Here is the recipe for this fabulous dinner.

Instructions:
Place the pasta in your pot, along with the chicken, broccoli, onions, and mushrooms. Pour the chicken broth over the top and add the olive oil, lemon juice, salt and pepper.

Bring the pot to a boil over high heat. Reduce to medium heat and cook. Stir the pasta frequently with a wooden spoon to break it up and prevent it from sticking to the pan. Cook the pasta for about 9-10 minutes. Most of the liquid will have evaporated. Add the half and half and heat until warm. Remove the pan from the stove and garnish with grated Parmesan cheese before serving. Enjoy!

Are you looking for a quick and easy weeknight meal for the whole family? Well, here you go! Everybody loves pizza, right? I mean, really. Does anyone NOT like pizza? Well, this is not only simple and inexpensive, but everyone can create their own pizza to their own taste.

Normally, I like a “less boring” pizza than cheese and pepperoni. One of my favorites is a garlic pizza with broccoli. I’m also a fan of black olives and sausage. All of these options would be fantastic on a french bread pizza. But tonight, we all had pepperoni. But that’s ok, it was delicious! I bought some fun “mini” pepperoni and loaded them on the pizza. (Which was a good thing, because they shrunk considerably during baking!)

All you need for this is some french bread (I got ours at Walmart for $1!), some shredded mozzarella cheese ($2.50 for the package), a small jar of pizza sauce ($1.50), and whatever other toppings you would like. I set the oven to 400 F and baked the pizza for about 15 minutes. (Maybe a few minutes more if you like it crispier, just keep an eye on it.) And that was it. A simple and fun weekday dinner for the entire family, for around $7.

One of my husbands favorite “Chinese” food dishes at the fast-food Chinese place at the mall is Bourbon Chicken. When I came across a recipe for it on Pinterest one day, I wanted to try it. I never thought to make it myself. And did you know, Bourbon chicken isn’t really of Chinese origin, it’s named for Bourbon Street in New Orleans. It’s most commonly found at Cajun-themed Chinese restaurants. Who knew?!

The restaurant at the mall uses dark meat chicken, and I imagine that would be excellent with this recipe as well. We prefer white meat in our house, so I used that. But honestly, you could use either. I added some green onions on top, they added a nice flavor.

* The inspiration for this recipe came from the Jo Cooks website. Please check out their site for more recipes!

We had a big turkey dinner this past weekend, which left us with a lot of leftovers. More than I thought there would be! I had scheduled a Mexican food night for New Years Eve, so I stuck with that, but added a twist with some leftover turkey. We had delicious Turkey Enchiladas.

I pretty much just threw in whatever I had on hand. 1 can of enchilada sauce, a can of black beans, chopped up onion and the turkey. I used both white and dark meat, which made for interesting textures.

I stuffed the flour tortillas with the meat mixture, rolled them up and covered them with shredded Mexican cheese.

I baked the Enchiladas for 30 minutes at 350 degrees. They were amazing! I love to add hot sauce to everything, which I did, for a nice spicy twist. This was a super easy meal to make. I used up some of the leftovers and everyone enjoyed a fantastic home-cooked meal.

Instructions:
Preheat oven to 350 degrees F. Place the turkey meat, 3/4 can of Enchilada sauce, onion and black beans in a skillet, heat until boiling. Then let simmer on low for about 5-10 minutes. Stirring often. Grease a casserole dish. Place a cup of the meat mixture in a flour tortilla, add a handful of cheese. Roll up the tortilla and place in casserole dish. Repeat until dish is full and mixture is gone. A throw the extra meat mixture on top of the tortillas if there’s any left. Cover the tortillas with the rest of the Enchilada sauce. Cover with cheese. Bake for 30 minutes. Let cool for 10 minutes, serve with some nice tortilla chips or refried beans. Enjoy!

It’s the last week of 2014 and we’re going out with a bang. Or should I say, we’re going to try to empty the refrigerator and freezer this week. We bought a 14 lb. turkey before Thanksgiving (it was on sale for $4!) and I’m going to cook it this week. We’ll have amazing leftovers, plus I’ll get a huge empty spot in my freezer. We had a ‘leftover’ night last night just to try to get the fridge cleaned out too. How does this much food accumulate in such a short amount of time?!

What a mess — how many cool whip containers can one refrigerator hold?? And guess what? None of those containers actually has cool whip in it!  So yeah, it’s time to clean out the fridge. Especially since it’ll be full of turkey after today.

Here is our menu plan for the week:

Tuesday:
Dinner out with friends 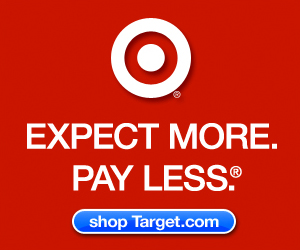 This entry was posted in menu plan and tagged dinner, menu plan.